Wow, I finally blogged something over at Sphereless after many mooncycles. Debatepedia has a funny name, but harks back to ideas for augmenting and classifying debate.
Scribed at 11:51 am No comments:

Who Screwed Up the Lightbulb Interface?

Apparently there's a lightbulb switchover plan for the next few years. One thing stopping me from going out and buying more green bulbs is that you get to the shop, read the fine print, and get welcomed with "NOT SUITABLE FOR USE WITH DIMMER SWITCHES." Poop. So I figured I have the Internet, and it's the 21st century FYOOTERR and everything, so there must be dimmable greenbulbs out there somewhere.

And yay! There are! Just need a shiny jumpsuit and personal rocketpack now. But, wait.

Lightbulbs are probably one of the best interfaces, like, evah. You switch it on/off. If you want to dim it, you turn a dial, like proper interfaces should do. (Except those ones where you hold it down... god-damned atrocities, I call 'em. Make me wanna hurl, etc.) How much complicated could dimming things be???

Much, much more complicated, is the answer. The new dimmable ones seem to have the dimming feature built into the lightbulb itself, so your usual wall switch is basically a proxy. Check out the video here for how to employ this proxy in all its glory, but basically we're looking at a series of "brightness steps" (which in all other contexts sounds like an exceedingly fun, McDonalds-happy-meal-advert type thing).

Switch on, bulb comes on. Switch off, bulb goes off. OK so far. But then.. switch back on within 3 seconds, bulb comes back on dimmer. Repeat a few times to go in a cycle.

Hmm, odd, but not crazy I guess. Unless you gots a dimmer dial and no switch. In which case you need to turn the dial down and back up again, several times, to get to the lowest dimness. (No, wait, greatest dimness? Urkl. Less light.)

I am not explaining any of that to my elderly relatives.

OK, rant over-ish. I was thinking for a moment, "Ack, I'm blogging abut lightbulbs. WTF has gone wrong with me?" But I think there's a serious point under it. Maybe. Or, hey, how about 2? a). Perhaps we can't just expect world-saving innovation to succeed because it's green - it has to be usable too, and as much thought has to go into this aspect as goes into the technological side of things. (That's innovation for ya.) and b). Green goods don't exist in a usability vacuum - there's a thing called "technological momentum" (although it probably has many names, like God) which means we're used to stuff already, and so new innovation needs to take the current state of affairs into account.

In other words, dimmer switches work well, and we're generally used to having them. So why are green dimmer bulbs a) difficult to get hold of and b) stupid to use?
Scribed at 10:27 am 5 comments:

Can someone please mash-up/remix/hybrid/cut-n-paste these babies with this beauty? Thanks. I might stand a chance against those giant (grrr) ants then.

Phew, Brighton has another Pizza Express. It's always good to have a spare or 2, just in case something happens. I hear there's a national shortage of Pizza Expressi.

Of course, after a huge needle and a secret French Radio Station (shh...), what we really need is a Giant Duck. 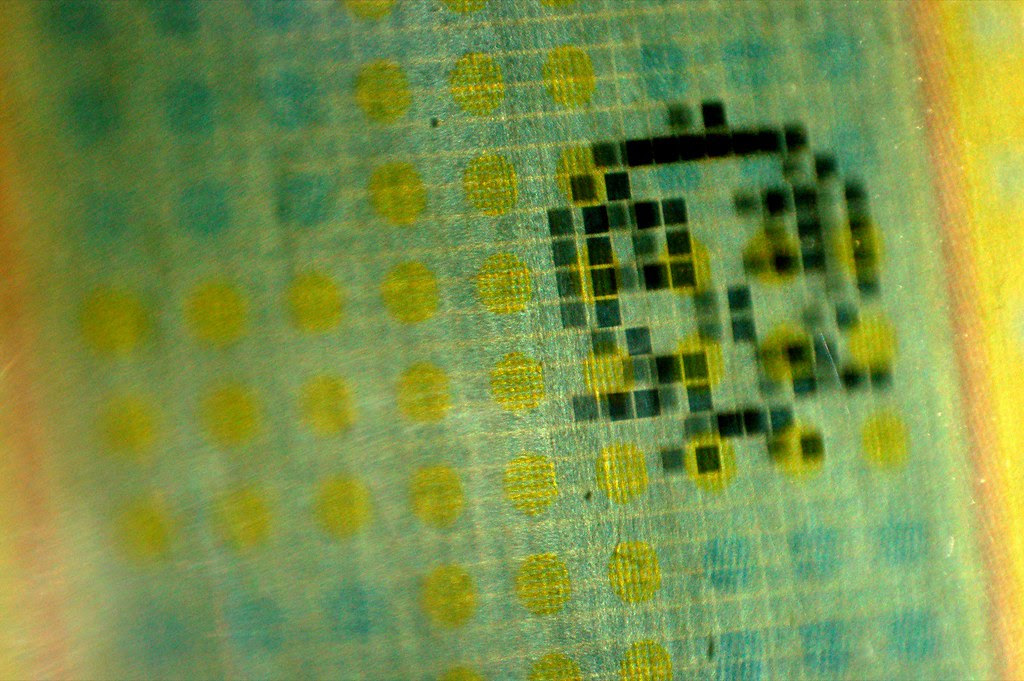 In the FT, Peter Barber comments on a new book by Stuart Sim called "Manifesto for Silence". Having trailed round a few cathedrals last week, and being subjected to high-spirited students alighting in the upstairs flat before term starts, it'd be fair to say that I've got a hankering to go out and buy a copy. However, reading about silence when all around is noisy would probably be the most irritating endeavour in the world, and I don't fancy going to a church just to read. (Going to think, and to not think, is infinitely nicer.) Still, silence is worth considering in a world where the closest we get to deliberately constructing it is on "quiet zones" in trains, and when everything else seems intent on breaking our concentration with audiobuzz.

Elsewhere, I've decided to have a go at short, dirty, noiseless words after seeing Amy's great attempts over there. One pasted below, the others can be found alongside it over at exmosis.net.

The genetertainment software whirled instantly into life, a thousand network connections unfurling into the ether to lasso samples from across the world. The track began: randomly-generated, encapsulated in a single string, each layer dancing giddily with itself, yet weaving like straw in a landscape of beats, loops and harmonies.

I listened. It pulled me in. I left it, looping over and over like the life of a Universe in endless repetition. I clicked, forwarding the genome on. Months later, it was still top of the worldwide chart.

Might have to make it along to the nearby Short Story Festival at Charlestone in a few weeks.
Scribed at 1:53 pm 1 comment:

Audio and Video to Delight and Tantalise the Senses

A few things that caught my ear and eye recently, although not in the painful way like a fishing hook would. More like the cyber equivalent of the smell of bread.

Other than that, I have been staring at motorbikes and eating crepes.
Scribed at 3:43 pm No comments:

I was going to leave a comment on Adrian Hon's
musings over the upcoming Amazon e-reader, but it started to turn into a full post instead. Adrian also reviewed the Sony Reader recently, and was rather let down by it.

I used to be very excited by e-ink - or, rather, by the idea of e-ink, I guess. Or, rather, e-paper. But then, reality is never what you expect it to be, I'm perhaps less of a geek these days, and, well, sometimes excitement just ain't what it used to be. I've also gone through a couple of handheld devices (a Palm, and a Nokia 770) and tried reading various items on them to various degrees of success (news is good, got halfway through In the Beginning... on the Palm, and found PDFs nice to read on the 770). But replacing books - specifically, I'd say, paperbacks, is a whole different kettle of ink. I'm setting this article down as a cynical challenge to e-readers. That's to say, there are some deeply entrenched views about books, some of which may be changeable, others perhaps not. If e-readers are to leave the hands of geeks and fools then these challenges need to be taken seriously.

From Adrian's articles, it seems like the jump from early-adopters to the mass market is perhaps the most intriguing challenge - the "reality"of the situation once the technology exists. This kind of innovation depends on two things: price, and usability. Paperbacks are hard to beat for this: you pay a few quid (or less in a decent second-hand rummage), and get something you can carry round with you for a few weeks (or months, in my case), spill beer and blood on, push to the bottom of a loaded rucksack, and still whip out when you're standing in a queue without getting funny looks. That's pretty good value for cash.

E-readers, on the other hand, tend to be largely expensive and, while much thought may be put into making them strudy and rugged, still suffer from at least a perception of fragility. Some of this stems from the fact that you've just paid a large amount of cash for the device, and if it breaks then that's it - you've lost all access to your reading material. There's some crazy old saying about eggs and baskets that's useful from the psychological perspective of marketing and usability there. (The same may apply to music and photos, but at the same time books are generally bigger - and expected to be more "rugged".)

Besides the cost-risk compromise though, there are a number of other issues that put me off electronic books. Firstly, it seems very hard to capture the simplicity of books. I can flick through to find pages, I can jump to any page instantly. Necessary book accessories are a) something to act as a bookmark - I often use old bus and train tickets, but even a fish "works" here (or strips of bacon, if I remember my Dad's old librarian tales correctly), and b) an optional pencil, to take notes if it's that kind of book. (Throw in the tactile joy of streaming my thumb over the page edges to get to my position in the book too.)

Slow interfaces are not an option in e-readers - anything that imposes a delay will fail. Personally, more of a dual-screen approach would make sense to me, like the 2 open pages of a book - maybe something similar to this (nostalgia aside). I don't know why 2 screens thing makes sense - maybe it's the symmetric handling. I also like being able to use both my thumbs in a videogame-style way. Keyboards are a no-no.

Maybe the key to e-readers then is not to simulate traditional books, but to be their own thing. Work out what functionality books can't provide (such as quick text searching, and hypertext perhaps) and work out which problems that functionality solves (or the other way round, if possible).Otherwise, print e-paper en masse and make each book its own thing - then I could carry round the Baroque Cycle knowing, quite happily, that I don't have a keyboard to take notes on. Choose the book interface you want - like choosing music on different formats. It all depends on the functionality you need from it. (Hey, some people might like scribbling on their copies of Quicksilver...)

The final option is just to wait 10 years for Apple to get round to looking at the whole thing properly ;)
Scribed at 12:17 pm No comments:

...aaaaand, we're back, with an all new blog design yay. Still need to fix up the links properly and format comments, etc, but the main template switch is done and styled. Let me know if you get any oddities at all - so far it's only tested in Firefox and Safari.
Scribed at 4:33 pm 2 comments:

Brighton slides ever closer towards nothingness

Aw... looks like the change in pub opening hours has its knock-on effects, such as the Sussex Arts Club closing its doors due to a drop in numbers. I haven't been out a great deal in the last few months, but pubs in general do seem to be a bit quieter. The SAC is having its last gig next Saturday.

On the positive side though, I hear rumours that the Free Butt may be opening its doors again. Is this enough to offset the imbalance brought about by both Costa and Subway opening new stores on/near London Road, and the Western Road Oddbins joining the London Roader's fate? "Meh", as they say.
Scribed at 5:57 pm No comments:

Laziness, tea-making of the zombie dead, and Tamagotchi babies (with an i) all conspired against me this morning, so it's just as well the BBC have some excellent photos of the WBMC 2007 which bristled in Brighton today. I even wear a strange mental badge of pride for living in one of the few British places that made it in to Laughing Squid (which explains the pointy feeling in my brain and the rainbows in my eyes).

Other stuff is happening in Brighton too. I recommend it.

Labels: beards, brighton, exhibitions, facial hair, graffiti, i just want to lie down for a little while, photography, too much stuff to see
Newer Posts Older Posts Home
Subscribe to: Posts (Atom)