After my previous post on using stories to encourage learning David Whiteland, the 'originator' (I tried to find a better word) of Planetarium, got in touch. He delved a little into the use of the story/game in educational settings, which I'd like to break into two important ideas.

1. Does a question need an answer?


I thought I would mention an important aspect of the design of Planetarium that relates to its use in a classroom setting. That is: it was always the case that the puzzles themselves are not a barrier to advancement, that is, you get to the end of the story regardless of whether or not you answer any or all of the puzzles. And the contract that Planetarium makes with its reader is that in the 13th week all the answers, and their explanations, will be shown.

Contrast this to something like Perplex City (PXC), which while "officially" over, has never revealed the answers to some of its harder puzzles - so in some ways continues to exist as a mystery to be grappled with, despite nobody actively working on them (as far as I know...)

As a learner looking to engage in a particular narrative, perhaps two questions go through the unconscious before deciding whether it is worth embarking on a narrative then:

First, will "learning" get in the way of "fun"? i.e. where does difficulty outweigh an emotional tie to the story I'm following? What progress do I think I will be able to make before I've even thought about the question?

Second, does somebody, somewhere, know the real answer? And this, I think, separates "games" from "reality". Some people are driven by an urge to find an answer even if it looks like there isn't one. Others are put off by this. But - I suspect - anyone that tackles the former - unknown problems - has some faith in their ability to make progress - and they get this through the exercise of more game-like activity.

People do not learn linearly, unlike the way they (usually) read stories. It is often the case that one challenge will become clearer once a later, slightly different challenge is thrown into the mix. So being able to explore a variety of questions is vital, even if they're "positioned" linearly in terms of being revealed. In fact, perhaps a story is simply a way of revealing mysteries in manageable chunks?

2. Solving how to solve the question

Returning to the difference between questions on the known vs the unknown, it's important to remember that the answer is not always as useful to know as the way we got to it.

Learning to learn is possibly one of the things most undervalued in modern education - finding the right answer gets you the same marks, no matter if you remembered it, took a shortcut, or derived it from scratch. There is often a fear that if you fail to get a question "right", you have failed to learn.

David's second remark, he looks at how teachers might use Planetarium as a class activity, even though everyone will be able to solve different individual puzzles with different levels of ease:


There are clearly a lot of maths-related puzzles that a teacher could coax out of Planetarium, but the limitation of that is that not all of a class can be mathematically inspired. But actually Planetarium is about the passage of time, and memory, and determinism; someone even took the trouble to put a page up on http://tvtropes.org/pmwiki/pmwiki.php/Main/Planetarium which I think shows that a teacher could make a go of teaching something about structure and storytelling from that.

For me, the important thing here is the existence of a wiki - in the same way that the Perplex City wiki exists. These are examples not of people coming up with (just) the answers, but attempts to structure the information around the questions.

In other words, there is a very useful task around deconstructing the information to hand in order to work out what can be worked out. This task can be done by an individual, or even as a group - always with interesting results as to how the group organises itself in the process, I find.

This process of breaking down a complex issue into blocks and reassembling it is fundamental to problem solving in a complex world. It is a solution to a solution, a meta-answer.

As a coder, I know this is key to building systems which don't fall apart with complexity. Finding the right structure to a question is like finding the right telescope lens - once it's in place, not only can a person focus on particular parts at once, but also other people can (hopefully) pick up the pieces as well. Learning becomes a social activity, even if the answer might come from an individual in the end.

So I don't really know how to sum up this post. Sometimes answers aren't important, but the questions are necessary. Sometimes a story is just a syllabus with character development. Sometimes success isn't rewarded but failing in the right way is.

I'm not a very good storyteller, I have to admit. Maybe this is an attempt to become a better one - to stop thinking in lines, and more in a random assortment of maps. I don't know.

What do you want to learn?

(p.s. This week I also enjoyed vim-adventures.com)
Scribed at 9:30 pm No comments:

Labels: a good story is one in which nothing happens, learning, puzzles, storytelling

Three stories from the streets of Brighton

We were liberated. Leaving our street sports behind, we focused
all our efforts on making the world a better place to read. 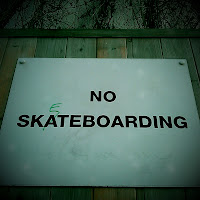 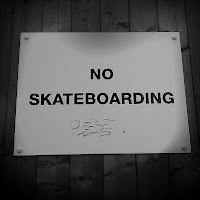 *Whoosh* - and he was a she.
#sixwordstory 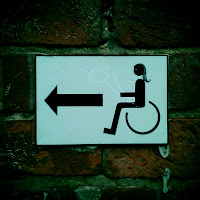 I opened my eyes, and felt what it was like to be a tourist attraction.


This was originally going to be a comment on Phil's post on the Platform Wars blog, but after writing it I feel the idea has its own post legs... Please read Phil's post first for context, but in summary, he wonders if Facebook bought Instagram for the data relating people to the places they tell stories about.

Coming from a lo-fi/analogue film perspective, the whole idea of "Simulated Retro" is intriguing to me in itself too.

The creation of things which appeal to our sense of memory is currently huge. Pop songs (and mash-ups) remix old tracks, or combine current popular artists with dead ones, etc. Films rely on previously-successful franchises. Even "Prometheus" is effectively a form of simulated retro.

Facebook does it through social history, notionally the idea that you can reconnect to long lost friends/enemies and individually through their Timeline. It's no wonder that the Bring-Back-Wispa campaign started on Facebook, when it's basically a network for reminiscence.

Instagram does the job through special effects and graphical layers. In a time when authentically old cameras are cheap, new-old cameras are expensive, and film is either getting more expensive and harder to process, or is actively dying off, re-capturing/re-creating nostalgia on a large scale has to be a digital process.

"Social Nostalgia" - mining the past to create a twisted present - is big money.