Over the last few months I've been sending out a few handwritten haiku (warning: Comic Sans) on postcards. Most have gone locally, but some have gone abroad to places like America and Germany - it's amazing the reach an online network has, when you sit down and think about it for a moment.

This has been separate to my other haiku venture, Butterflies and Sand - until now. About the time that the Winter edition came out, I decided to get 10 one-off postcards printed up to celebrate/advertise. Then I forgot about them. Oops. Until now. 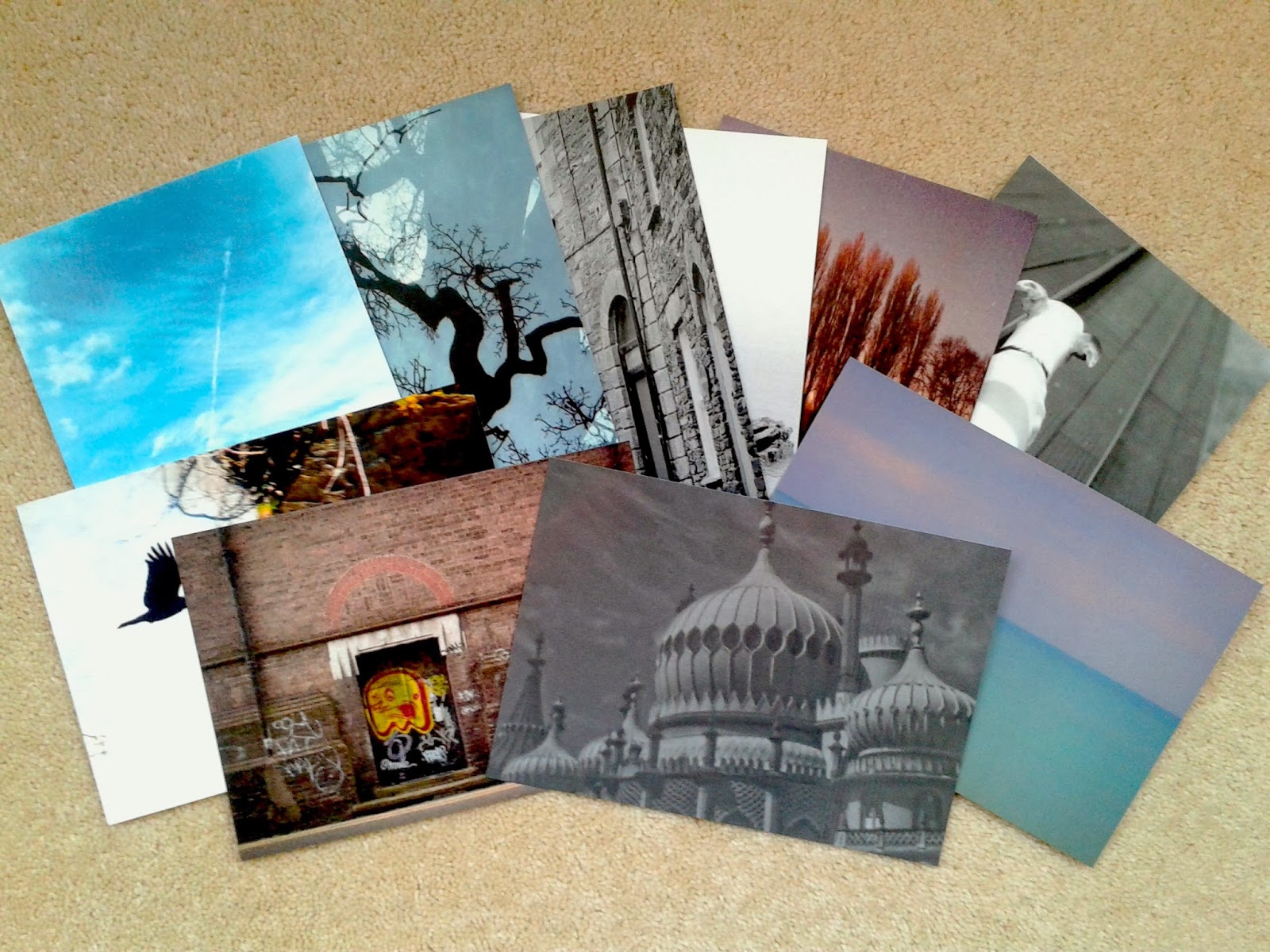 They're a mix of film and digital shots, but all chosen based on the idea of "wish you were here" - where "here" is everyday life (for me anyway). There's a link to how I approach haiku generally there - in that each haiku or photo is a moment, something which I notice and made me take it in for some reason.

One of the cards has been sent out this week, but the other 9 are up for grabs, all for free. Each one features a unique, handwritten haiku not published anywhere else - I won't often know when this will hit me, so they never get sent out immediately on request. Plus I like the magic of getting something unexpected in the post once you've forgotten about it.

If you'd like one, just send me your address (Twitter DM to @6loss, or email to exmosis@gmail.com), and then forget about it until something lands on your doormat.