Moved away but Brighton Museum still holds me. There are strange shadows there, laughing faces, cloth ghosts. Today I drew some of them down. They pretend to have names. 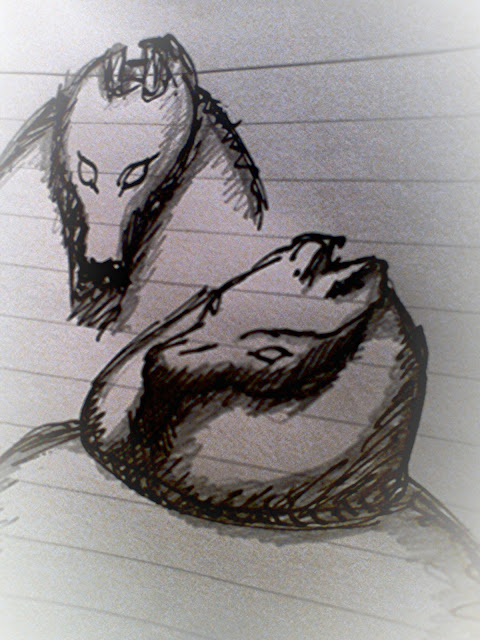 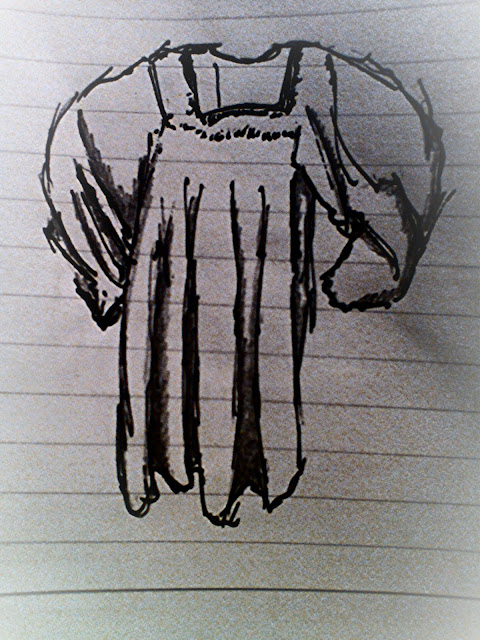 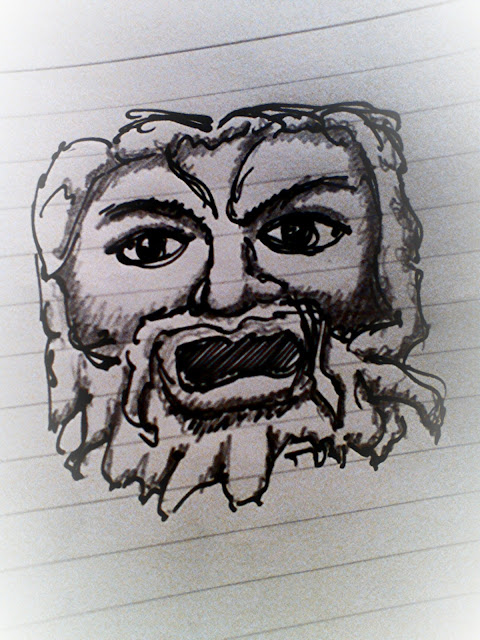 Labels: brighton museum, but is it art?

It's not just Twitter - the whole net is boring

Recent comms, the future of twitter, capitalist social forms - are we all interesting enough to each other for shareholders to make some cash?

The cloud holds rain, we can feel it in the air. The thing we love - this global short form, this truncated and ephemeral Zeitgeist - is brought back to earth and we realise, so nervously, that it is outside of our control. We do not own the forum we thrive in, the decision on whether to pull the plug or not lies in the hands of a bold, distant few. The wrong sale, and this could all be over. So there's a lot of soul-searching going on - some optimistic, some pessimistic. Ready to take action vs ready to jump ship.

But among the Twitter lines there are other fissures starting to steam too. Facebook is basically running a pay-per-view attention economy. Google+ is waiting for the post-mortem. Even Evernote is showing signs of flagging. We've been lulled into thinking that we're consumers and curators rather than a community - and the lifecycle for this sharing economy as a 'social' model didn't get very far. Thinking bigger thinks, it's not hard to realistically suspect that the next great Internet wave is approaching us, fast. The Internet has become boring.

Shop this. Watch that. Link those. Meh. As users, and as individuals, now is the time to start thinking ahead - to get in our own preparations for when the time comes. What do we want from our online presence? If our avatar was a simulation*, what existence would we want it to have? And further, how can we really make our network lives feed in, enhance, and contribute to our lives as a whole?

Argue With Me: @6loss #dullnet

Labels: rage against the machine, the next big thing, twitter

Elsewhere - the five rules of #punkblog

This month I've been forced into a backup (phone) body. The innocent knock against the old incarnation took on terrorist undertones as the old battery inflated beyond safe limits. November threatened.  Retreat to 50m.

The new shell is smaller but more polished. I like it, but there are some interesting things to note when downgrading your working memory. I wonder if this is a form of enlightenment.

• The phone-as-platform, software-as-supply-chain anti-pattern really hits home. I don't need Google Music/News/Bookstand/Dildonics but they do take up half my device. Forced obesity. Disabling them brings obscure warnings about unknown adverse effects. Re-definition of OS as shop window. Consumer grade.

• Priorities. This evening I had to choose between Skype and Evernote. I put Skype out of its misery despite MS's free 20 minutes. Why did I do that? Apps can/should be installed and removed on demand - borrow the functionality you need. Permanence is a materialistic hangover.

• Cloudlife is a step-change, like moving all your music to mp3, or getting a fridge for the first time. Suddenly the device is no longer your "wallet", in the sense that losing it won't lose everything in one go. You're no longer really sure where anything is - maybe you can work it out on a case-by-case basis, but 6 cloud accounts and it all blurs. Like paint at the end of art class. Brown-purple data, squished together in front of your eyes. It's useful if you're not a backup-sort-of-person, but how do you know if anything ever gets deleted? I wonder what a git history of personal data would look like.

• 2FA tokens are anti-cloud, of course. Once mobile numbers are virtualized as well, 2FA will be the only real representation of physicality and individuality left. Can they even survive long as the idea of one canonical device gets ever looser? Bitcoin has dedicated wallets - should serious tech nomads be switching to dedicated devices for auth?

Tales from the Shore Line: The Palimpsestuous City

The nights are getting closer in Seaford. There are tales of lantern flames on the cliffs of the Head after midnight, and children are rushed home through grey light without a word. I saw a bat chasing unseen insects above the pond the other day, but mostly I only notice spiders.

If anything though, the threat of ghosts comes as relief. The wild, inanimate neon pulse of Brighton is a machine possessed, its dreams are now in the hands of hinted masters and subtle forces. The gears have been replaced with mirrors. The handles, with bones.
Recently I found time and spirit to lurk by the Kemptown shore. I spent my minutes walking the pier, scratching away at surfaces, keen to reveal truths laid out beneath others. Flickers of paint. Faded letters from half-dated posters. Pipes going nowhere.

I thought back over my time along this shore, those nights spent between these streets. Had Brighton changed more than I had? Or was I subjectively delusional? Certain spots triggered memories, but I couldn't always be sure what memories they were. Mine? Someone else's? Nothing but stories? Too much had changed for it to matter much, but it would be nice to know if I had been sent mad by it all.

Mostly the transformation had been complete. Shapes of buildings remained, but all trace of previous owners had been nuked. Naked paint pinkwashed hidden stains. Shiny signposts deflected any remaining attention. In a city built for attention, the layers were covered and ignored in equal measure.

Brighton seems unafraid to make its own history. It has its needs, and a sinister will of its own that somehow forces the population to meet those needs. On some days, in the winter, when the tourists and the students and even Jack and Linda have all headed home, it feels like the city is plotting its next move. The semi-gentle waves bring it ideas, and the yin-yang of the tides are all the technique it requires.

The Council is fooled into thinking it runs Brighton. In reality, far above the columns of the town hall, the Council is nothing but a medium for expressing the dreams of a restless city, a means to an endless journey. Another layer, a mirage of power. (And it knows that I know.)

Political games rage like circles of leaves being whisked into the air - all distractions from the vining schemes that the streets themselves are threading. Can't stop the rock, the rocks, the stones, the pebbles. Brighton needs more, needs to be fed.

It's not me, I'm not mad. The layers have told me that. The city itself is hiding its own pasts in a palimpsestuous continual reinvention, an ever-shifting attempt to wriggle free of an identity it wants to lose. Never happy, never resting. Each layer becomes a set of symbols on which the next reincarnation is built.

But Brighton is not progressive, not innovative - yet another urban myth (ha!) that the city has introduced as smoke. The layers do not lie, and the oldest layers lie the least. Their truths come out as mumbled ramblings, garbled, intoxicated, and confused. Best not to attract too much attention. The young layers might notice.

I say it again. The city knows that I know. I had no choice but to move.