No promises, just directions for the year ahead. Lots to visit in this land. Some of it will be destroyed by the slow trample of year tourists, but gaps will survive.

Turns out a lot of my thinking is structural and then structured, and 1 dimensional text strings are the worst form of structure. Want to ramp up a two-dimensional flow this year, and have resurrected my use of notebooks (more on this soon!) and bought a new digitally biased pen (more on this soon!) - diagrams are the future. Expect more paper of some kind or another. Why isn't this blog post a sketch? Aha, here we go. 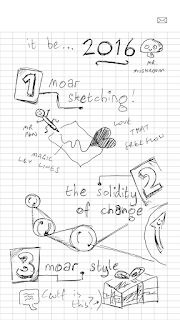 2. Tai Chi and the solidity of change

Having been out of class for a few years,  I'm now trying out an online tai chi course. Practising after some time off is always productive - the mind is fresh and newly experienced, and in that perfect limbo between thought and memory, logic and habit. I am breathing. Mixed with haiku and a renewed sense of nomadicism, it is a good time to be alive (inasmuch as any time). Meet strength with weakness, weakness with strength, and gain from both.

I want to spend more time doing the slightly hard stuff - for me, that's reading books and writing (or sketching) content I'm proud of. Blogs, photos, haiku are all part of a way of exploring the road, and feels like they should have a life of their own, not so tightly coupled to their origins. A vase should be appreciated in and of itself, as well as where it was made,  where it sits, and what it holds. I need more time and energy to work on this.

This City is only alive when you are


A city has its own symbols like a castle has its own water supply. The symbols resist the outside world like office lighting resists the night and the winter. The symbols are created by the city until the symbols are themselves their own layer, a ghost infrastructure, a palimpsest that can only be felt.

In ---, tourists are more than welcome - they are in fact necessary. Here, the symbolic layer has developed to feed off novelty. Novelty brings attention, focus, observation, awareness - and above all else, presence. Without tourism, the symbols would fade into the grey light of normalness, and quickly dissolve like drops of paint in the river. Here, the symbols feed off the tourists as much as the tourists feed off the symbols. The symbols would not exist without attention, and the city would not exist without its symbols.

Ushered in like a theatre audience, the tourists are primed specifically for nothing except memories. There is a fine balance to be upheld - too much pre-advertisement and the casual visitor will know too much and pay too little attention. Not enough priming and the visitor will be overwhelmed, have no frame of reference, no feeling of familiarity. The priming operation is above all else a combination of burlesque teasing and future memories; to reveal enough that nothing is a surprise when - if - the symbol finally appears in 'reality'. The shapes that trigger emotions. The unknown contours that feed off collective culture. Dream-like visions of a creature that has emerged from the sea, made of fishermen's tales and hedonism. An escape with fangs and hooks. This is what is promised to you. 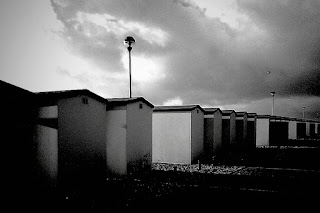 Apparently winter solstice isn't enough to get people thinking ahead, and a whole abstract numerical increase is required to push everyone into timely reflection and goal planning. Including me, I guess. The daffodils bloom at the same time as each other, is there ever one which appears before the rest?


Last year, I picked 4 broad themes I wanted to focus around:


To catch up a little first, 2015 has been a long-and-winding year. Nothing prepares you for being legally responsible guardian for 2 immature lifeforms hellbent on destroying themselves and/or the refined world of culture and materia that encircles them. 90% of my waking year (and a good amount of my sleeping one) has been picking things up, while trying to work out how life can be organised in a way that causes least pain. We finally left Brighton, moved house, and smooth talked our way into school like a cuckoo with a tux. Work has expanded, and my role and responsibilities with it. Other stuff happened which is either too personal or boring to share, but some people were lost and some were found, including bits of myself. Overall It's been a good year. 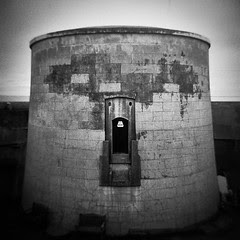 Looking back, much of what I've done though has fallen 'under' one of the areas above, like a dormouse 'under' the wheels of an Ice Road Trucker. Moving to the hills of East Sussex was a form of detachment, in a sense. I'm still active on Twitter, but have noticed a definite move away from news sites and Facebook, which I notice all the more when/if I do check them. One of the biggest detachments I've noticed is through not watching live TV for 8 months (aerial don't work) and living off downloads and catch-up TV - it's really weird seeing actual real-world TV adverts now. Or watching people talk about Christmas adverts. The broader question remains though - detachment from what?
I had small victories around being more open - working out loud at work a few times, but generally often preparing things for transparency, rather than actually opening them up. I'll point to them in raw form soon I think, but I started researching milk supply chains, cataloguing my tech device longevity, and taking writing about tao more seriously. We had one good open data meet up in Brighton instigated by James, Joshua and myself, but organising another has been admittedly low on my list. I've enjoyed *potential* openness as a way of just structuring thoughts - a driver to self-document, even if wider engagement hasn't happened. There's a strange fluidity this brings, but I'm not sure if that's from the transparency or the documentation.
Lastly (as I really haven't managed to do any Chinese this year), personal infrastructure has been ... Hanging together. I have a Pi running a TTRSS server for feed reading and minidlna for internal media stuff, plus have been developing a little site to (hopefully, one day soon) make shopping easier. The Pi suffered a bit of downtime but was recoverable, minidlna still needs tweaking, but overall it's working OK - I miss TTRSS the most when the box goes down, and feeds are my favourite thing to check for stuff to read these days. Everyone really needs to write more (small) blogs.
I've also been trying out Linux on a really cheap netbook this year, as well as just upgraded to a new digital pen. Both of these need their own post some time, but aren't too exciting, yet. Oh yeah, and I finally paid for Evernote, started playing with VMs, and have even been having new ideas on how to use notebooks...
So much other stuff happened I really wouldn't know where to begin, but highlights: becoming responsible for people's lives, at home and at work; gaining a garden; writing more haiku; general symbolic occultism; generally some amazing people, really.
So, on average, 2015 has been hard work, somewhat progressive, a lot of fun, and pretty long. I feel very different.
Stay tuned for where I'm thinking of taking it in '16...
Scribed at 2:29 pm No comments: