Long time @brutalhouse follower. Casual modernist lurker. A sense of respect for all things daring enough to be ugly, a rebellious taunt against the destructive lust for curves and beauty and organicness that we shroud the 21st century in like the Emperor's clothes. A certain truth in those stark lines. A glorious coming together in the emotions and debate they stir up.

Picked up the Gigantic edition of the Modernist magazine yesterday. Never seen it before, but it might be my new favourite magazine (also for being a fiver). 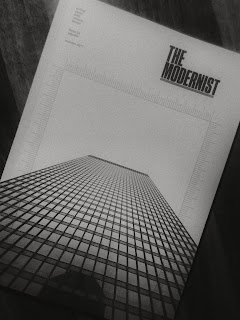 In it, the lyrical entanglement of physicality, design, and big ideas. Each building the outline of a dream of a different society and new world. The necessity of Corbusier struck me:


"But then again, his critics were quite wrong. What cities and humans require, and simultaneously fear, is change. cities are stories of change. ... Change is inevitable, and the Ville Radieuse was one of the bravest attempts to turn that endless process in an ennobling direction..."

Compare with the dimwitted attempts of Brexit to revert to a previous nation, among a world which has changed so much. "At least we're trying something new," the lines scream.

In all places, the architecture of the collossal always seems to be inseparable from symbolism. The magazine also looks at the Konstantynow radio tower, which I shared a birthday with until it collapsed in 1991. A few months later, the USSR also collapsed. It is not entirely clear if the Emley Moor UHF transmitter is a practical device, the symbol of a scientific revolution, or a beacon to guide souls in the right direction as they try to escape this water-bound island. Unlike Brighton's i360, the Emley Moor confuses us with its abilities to remain static, emanate invisible waves, and fail to be a money-spinning tourist attraction. Strange artifacts indeed.

I may have to pick up some back issues.
Scribed at 9:36 pm No comments: