The joy and violence of street photography 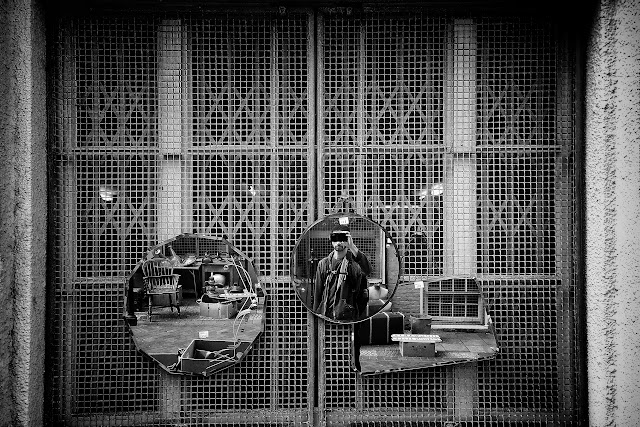 Street photography is scary. Sometimes for the confrontational, uninvited surveillance aspect of it. But mostly for the change in rhythm, the shift in attention that's so different from how we usually inhabit our concrete landscape.

Stand still, focus on something that's always there, something right in front of you, but linger with it, hold on to it. Wait for the right passer-by. Lurk like a teenager. Shoot like a voyeur. Street photography is best when it's scary - but what is this fear, where does it come from?

Most essentially, the urban environment doesn't like us to stop and look, or to consider anything in more depth than is intended. Our gaze is constantly diverted and channeled, like passengers wandering through Ikea or a theme park. There are things we're allowed to look at - adverts, street art, signs. But the crowd of distraction blocks out everything else. And the signs we're permitted to take in do not lend themselves to reflection or critique. "Take us at face value" they say. "Accept our message, and move on."

We spend our time flicking from one sign to the next, lost in a labyrinth of relevance. The street photographer breaks all this up, rebelling against the flow of this-not-that. The street photographer has two jobs, both of which can be described as dangerous purely because they do a violence against the accepted mode of navigation - and against our own position as a result.

First, the street photographer brings attention to that which is usually ignored. The signs which grew naturally, rather than being manually designed and manufactured into place. Empty facades, modern cracks filled with weeds, social mishaps, legacy movements, machines malfunctioning... There is a wabi-sabi kick here, a celebration of the chaos and decay that comes inherently with aging and existence. There is a beautiful humility in what our processes have allowed and encouraged to happen, even though it occurs against the urban designer's original will. A fragility of control, seeping into our consciousness from all angles, stark against all those ambitions and dreams of politicians, planners, architects and artists. 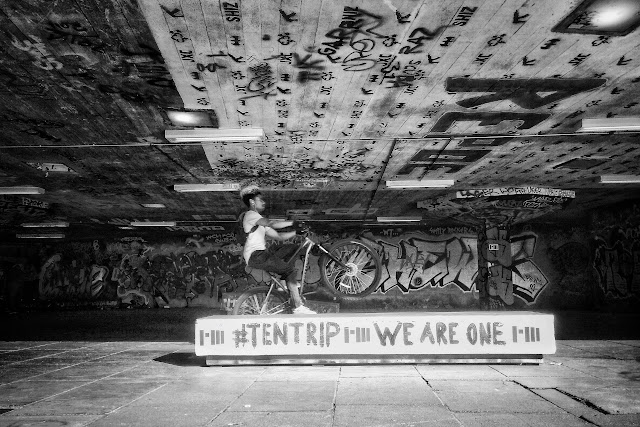 Second, the street photographer brings an extreme attention to the signs which like to think they're so smart and ephemeral. The instant impact of these signs is intended to communicate to us so efficiently - longer consideration is unjustifiable in a busy context; delay is dangerous, due simply to the scale at which everything - people, traffic, information - must flow as fast as possible, like cows in an abattoir. The urban watchword is "dispatch". Street photography's second dangerous act is to look beyond this continuous dismissal - to bring a sort of hyper-attention to these symbols and scratch beneath their surface. All signs have side effects, and it is only by observing their effects for a longer duration that we can know that these are. The photographer lingers, watching. The photograph itself, formed and framed, is an item of reflection - a single moment or view lingers in and of itself. Through this slowing down of time, we can more fully question what we would otherwise ignore.

Through the eyes of the street photographer, there is no chaos in urban normality. The city is controlled, the streets are prescribed. But it is not through deliberate destruction of the environment that photography changes our minds. Instead, the camera becomes a tool to disrupt our own behaviour - the act and at of seeing the world differently is enough to disrupt the rituals and the contract that we unconsciously find ourselves caught in. 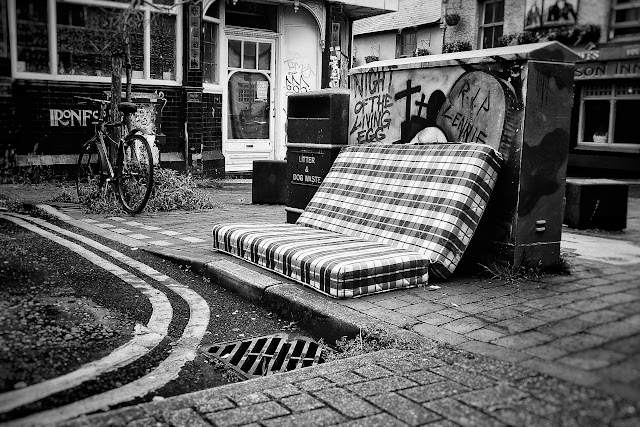