Frances Coppola laments the lack of need (and payment) for rational, middle-ground perspectives:

"There's another problem too. The chaos of the post-crisis period has given way to naked tribalism. To be successful as a writer and speaker in the new landscape, you have to join a political tribe. Political neutrality is for the birds. But today's political tribes look like cults to me, dangerously inward-looking and deeply divisive, promoting ideologies that have little basis in reality and are potentially extremely damaging - and yes, this applies to the left as much as the right. I don't want to join any of them."

I feel like that a lot. I think a lot of my gradual disengagement from politics is from this - that there is little room for discussion of practicalities, of problem-solving, of engineering. If you're not willing to debate what's possible, then I'm not very interested.

(Which is where the solarpunk 6suns stuff comes in, I guess. I haven't read any solarpunk fiction yet, but it would be good to maintain a realistic fiction and narrative if its hopes for a near-future psychospiritual shift are to be worthwhile.)

"I want sloppy, beautiful, devastating art. I want experiences through art that are troubling and terrifying and joyful. I want to be desperate to catch up."

I love that - art should be dangerous, violent to our thoughts, and yet utterly inspiring.

On that, I keep coming back to storytelling - or rather, other people keep bringing me back to it. Not stories, but narratives as reminders of other ways to see the world. James has been doing some great writing recently, but I particularly liked his thoughts on story-writing as a way to connect the dots of ideas, that it can be a way of worldbuilding as a form of exploration just as much as producing something with a beginning and an ending:

"Jon's piece made me realise that the writing I've loved most over the past few years is not about telling a story as such. Indeed, while it is 'about' the pilgrimage, that's more in the sense of 'writing around' than telling its story. Reading this particular essay made me realise how much I love writing that builds networks of ideas. These sorts of symbolic connections seem to particularly emerge in writing informed by magic, manufacturing (revealing?) meaning in the connections."

Started following Jason McBrayer's blog Prosthetic Conscience recently, and going through old posts. I'm odd like that. Anyway, his old post on the ambience of social media tied in nicely with me getting my tt-rss home-server running again and getting back to reading the RSS feeds.

I deliberately - for now - don't have an easy way to feed back on the articles I read. I'm liking my new approach of a read-only tablet for these things. But it does leave me with that same conundrum - I would like to let people know I've enjoyed their post(s), even if I don't necessarily want to comment or blog them here.

Further than that, I'd quite like a bit of a longer term view, rather than a quick 'like' button - a sign of appreciation for overall, longer term efforts, blogs as a whole.

What scope is there for that level of engagement, one that gets away from the fast, quick feedback that modern social media thrives off? Or am I just overthinking it, and should just drop people a text/DM/email to say 'hey, like those recent posts you did'. Yeah, maybe that's it.

From the flipside, as a content provider, is it actually fine to think of oneself as an 'ambient publisher'? That is, maybe I don't always want engagement from people, but I do like the idea of just posting some background thoughts out there, get it out of the system, add to the noise that people are bathing in. If blogging is an act of performance, are there times when it's more like busking, and times when it's more like doing a talk on stage? 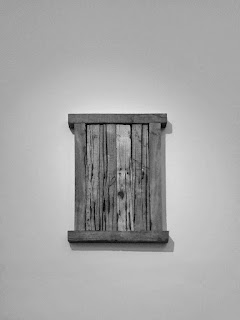 Continuing thoughts on getting out of corporate Web 2.0. I could add the word "bullshit" there, but it feels too angry, but I could, for reasons below. This post otherwise tying into other long term thoughts on treatment of minorities, flow of capital, and clearing out life generally.

What am I on Twitter for? Why do I have as many contacts in there as I do (around 1600, both ways)? What am I getting out of it?

Don't get me wrong, I do love Twitter still. Or rather, I love some of the people on it. That's different. I've isolated myself from Twitter itself - I don't get notifications, try to use a third party app to avoid ads and weird timelines, and try to default to a list of people that I know. It works well for me, but I have to work to set that up.

But I've been on Mastodon/Gnusocial for years too, and have been getting some amazing interaction out of that recently. Random strangers, but random post, meditation sessions, chat via XMPP and self-hosted newsgroups - I mean newsgroups FFS. It's been weird what connections I've made, more raw, less "in it for the professionalism".

And I think that's it - there's a corporate bullshit wash that hangs over Twitter. There's a level of "respectability" required of its legal status, that discourages authenticity and rebellion. Basically it's a white dude making money.

Contrast to indieweb, which is about a bunch of people setting services up to hang out with weirdos like them. Like me.

I'm tired of services which make cash for white dudes. I'm still deeply integrated with Google, but that'll gradually change - is changeable. I'm not on the Facebook, hate LinkedIn, and Yahoo killed itself.

I'm going to scale back my Twitter. I'm not sure it best way of doing it - ideally I'd probably clear out and start again, based on my "know from real life" list and build outwards from there. (There are some great people who I still haven't met.) Have it for DMs and... I mean, Twitter is everywhere, geographically speaking. Mastodon has that "citizen of nowhere" badge proudly hung on it.

I feel kind of excited though - I'm in a place where slow comms feels doable and sensible, where I can start to look into intermittent networking more, get away from this always-on thing. It's not a healthy life we've evolved around us.