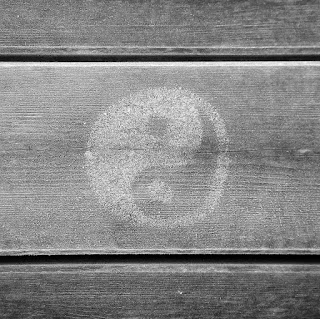 a blackbird cries
the sprouting broccoli
has fallen over
Scribed at 10:57 am No comments:

#haiku: waking me up / a travelling fox / yells of christmas 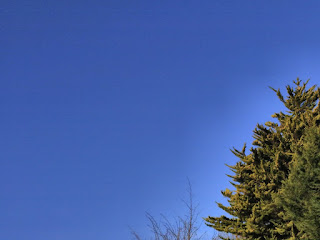 I woke up early, my old watch glowing 2.30am. Anxious for the morning, or winding down from the rush of activity over the last few days/weeks/months, I wasn't sure. Just awake. I listened out for the jingle of reindeers, but instead the sound of a baying fox repeated itself, seeming closer with every few seconds.

I tried to suppress the anxiety by becoming friends with it, reassuring it - myself - that it was fine, that minds think, that naps are possible and that the lucidity of dreams is not so different to the clarity of being awake. I mused on how Father Christmas, so jolly and uncaringly giving, was a form of Trickster Scribe, a Jester dressed up as an old man, a hacker disrupting the world with annual technologies of gift culture and generosity. Resetting the cycle of exploitation, all fetched up in a blood red suit, like a clown.

I still lay awake and the fox had gone, but I was happier now that Christmas had come back again.
Scribed at 9:29 am No comments:

A while back I promised a post picking up on projects and productions from my acquaintances and 'closer' network, so let's give it a go...

First up, Barney has been working (alongside another Barney) on The Exchange, "a tourable listening booth, inspired by old Telephone Exchange machines, which plays a selection of recordings made by children". I particularly like the photos taken against a darkly mysterious background, like the device has been dropped here anonymously, or left behind in an old underground rail tunnel. 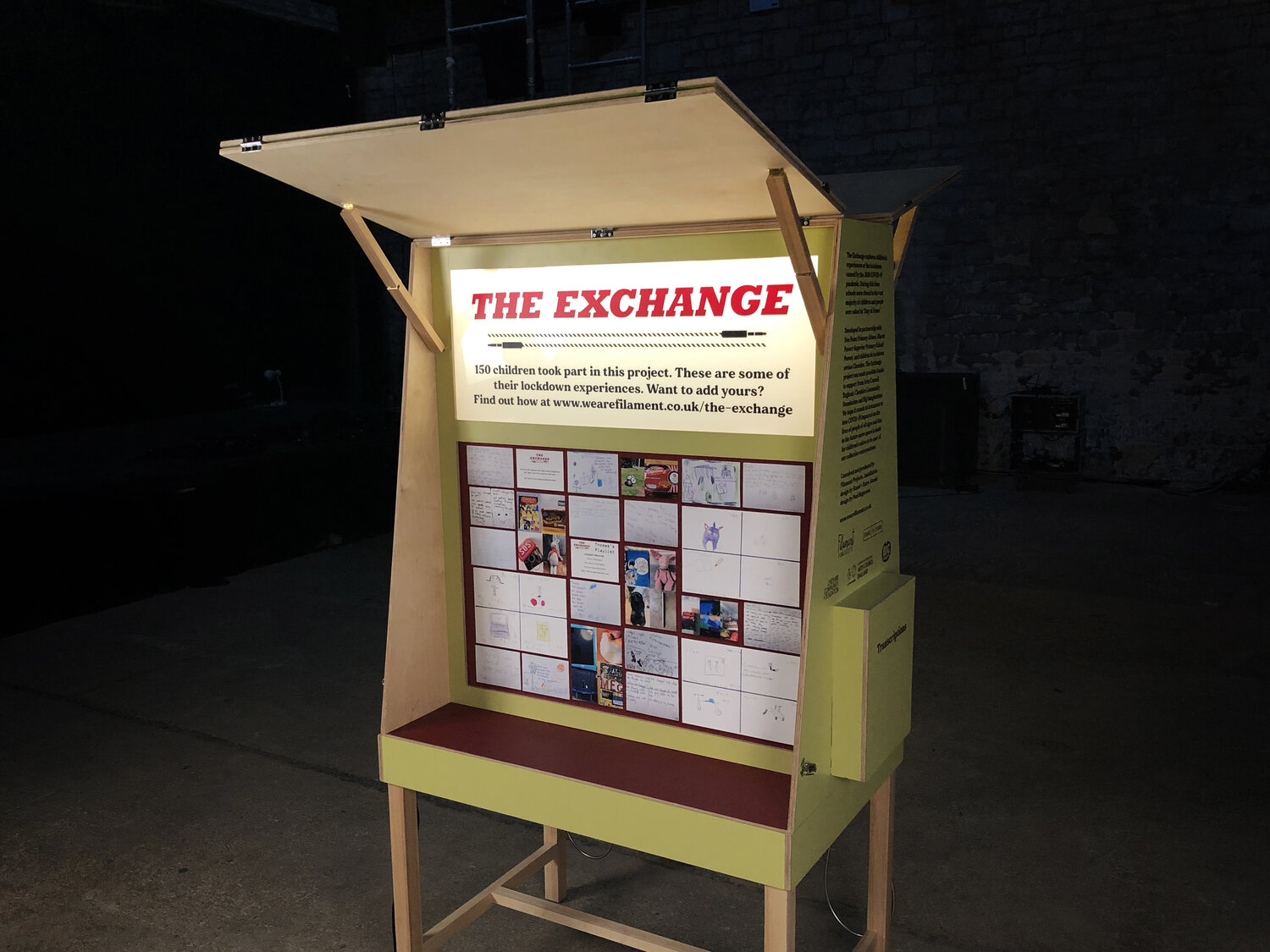 Amy, heading up Writing Our Legacy, has launched the first edition of Covert maagzine, a digital and physical volume of content from writers and artists of colour in the South East of England. 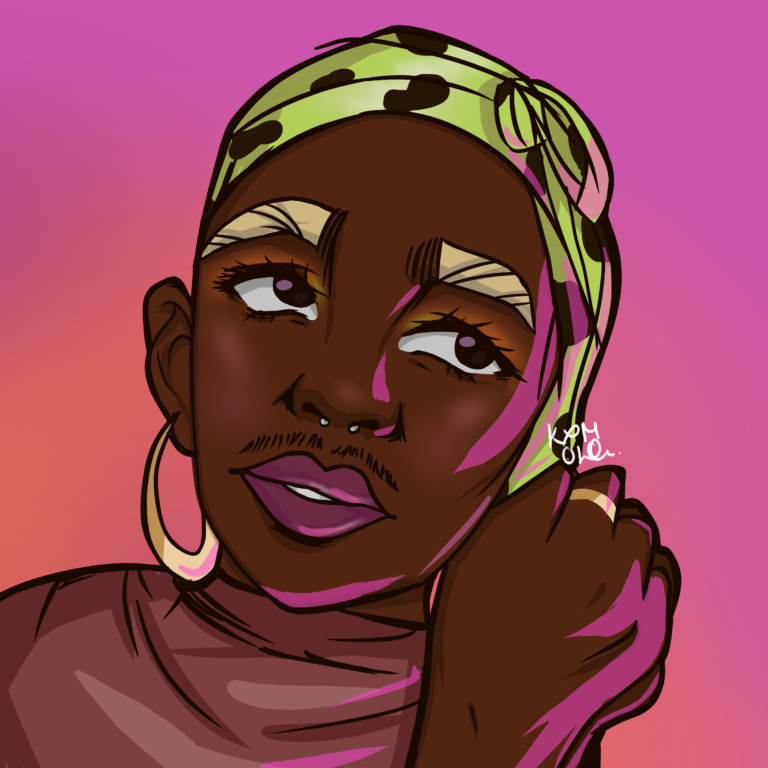 It's difficult to get across paper weight and quality when promoting things digitally. I love the artwork spiced in among the words, which shines out from the surface of the thick paper, such as this picture called 'Uncertainty' by Victor Oyenga. (In fact, only posting this now do I even see the difference to Victor's own online version, a reminder that all images are both real and just an echo at the same time, especially when cameras and screens are involved.) 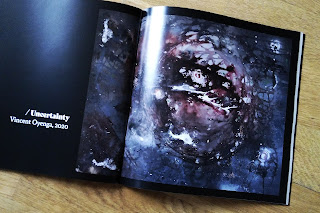 My cousin Rupert released the fantastically electro-shaded album Where The Dark Speaks back in October, based on a sense of Fernweh (or "the longing for somewhere that you have never been") for the stories and worlds of Stephen King. I've had this on repeat while working this week, and it's been just the right level of ambience, foreboding, and necessary caution. 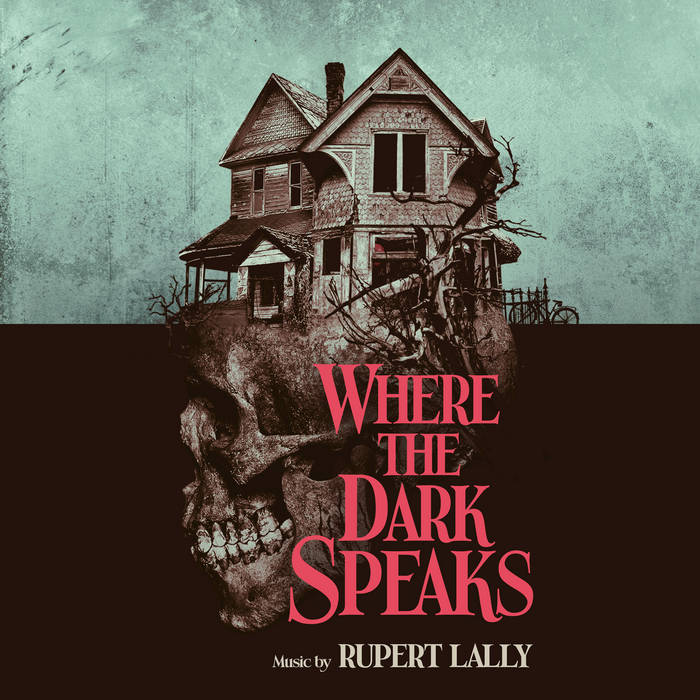 And James has released the third volume in his South Downs Way mini-book series, subtitled "Crossing Paths" (perhaps an allusion to crossroads, in the wake of previous title "The Devil"?) and kindly sent me a copy. I've really enjoyed the first two and can see the sense of a 'network' of narratives building, and am looking forward to seeing where this one goes next. 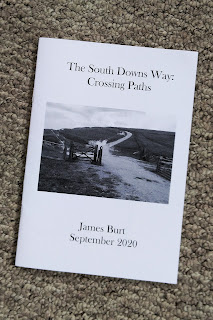 I have a nagging feeling I've missed out on a lot of projects, so I will try to make these posts a bit more of a regular thing, and start tracking links and ideas more formally in my Background Archive Of Stuff. If you reading this and think I've missed something, or just want to give me a shout with something you've made, then drop me a line!

Drew this yesterday, and then noticed "toast" trending on Twitter today so thought I would post the toast. 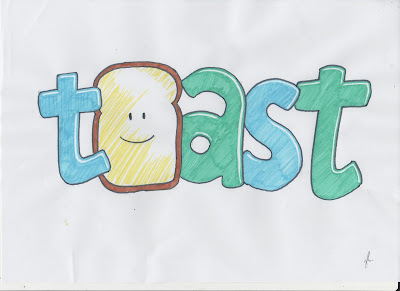 (Behind the scenes, it's lovely that Gnome's Document Scanner hooks into the Canon MG3550 scanner wirelessly without any setup these days.)

So after my recent accident, a shout-out to retrosix who kindly answered a few questions in record time, and shipped over a new IPS screen. An evening's work, and the new screen, new case, and a replaced battery on a 20-year-old "rumble" pak have all finally come together: 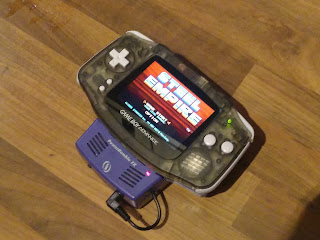 The rumble pak is pretty old-school, and just rumbles when the noise gets louder than normal. It's surprisingly effective, but hugely depends on having the sound and sensitivity wheels "dialed in" just right, and the game sounds being fairly bold. The grip is definitely more comfortable too.

I had to bend one of the battery contacts out a bit to fit - the new case isn't quite as rigid as the original, but I managed it while only shorting the battery pack out a tiny bit ;-) It also came with a European AC adapter, which led to my first hardware swap over the post - special mention to orbifx for that! 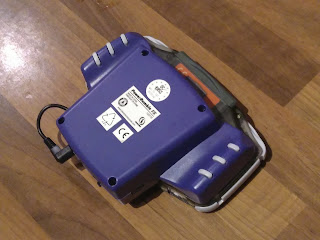 The screen mod kit came over from China via ebay, and includes a bunch of colour filters to give games different looks. I didn't think I would use this much, but I do love the monochrome look in Steel Empire: 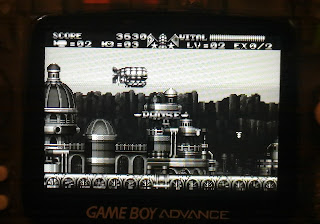 Overall, it's been a fun "upcycling" project, and my second GBA screen replacement (the first was a GBA SP, which was trickier in a few ways). I've learned a lot about electronics, GBA internals, LCDs and modding in the process.

I can see myself doing a few more of these next year - I want to get enough for a decent Zelda: Four Swords session, but maybe by that point I'll even be confident enough to start selling them on.