That was the March 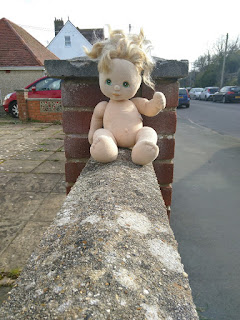 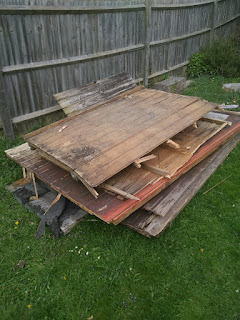 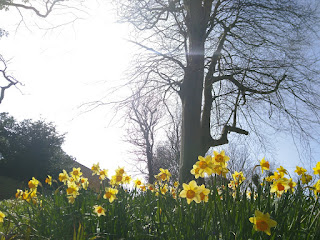 I was a bit anxious at the start of March - lots going on at work, nothing too tricky in itself except for recruitment and interviews (which had yet to be confirmed at the start), but lots of jumping between different meetings and updates, and unclear approaches to how some of them should best be organised.

Oh, and COVID knocked on the door. The kids went back to school. For a week. Then we got 'the call' on a peaceful Saturday morning, and that was us back to homeschooling for another 7 days.

I reorganised time, we slipped timing in a couple of places, but nothing got dropped overall. I even managed to get over one afternoon for my first vaccine jab, which left me feeling a little tumultuous (in among everything else) for a weekend.

It's tricky to think through what else happened, but lots has been going on. I've been helping out Seaford Environmental Alliance, a new local environmental charity trying to push forwards change. And also I've been involved in Writing Our Legacy too. In both cases, I'm kind of feeling slightly impostery, and everyone else seems to know what they're doing and all the people in the network, so hopefully people don't mind me helping from a tech and planning? point of view, and otherwise cheekily learning from all these knowledgeable ones :) I've been thinkingI should sign up on one of the WOL writing courses...

In some spare time, I've been working privately on 'Sprite Country', a "labyrinthine gallery" for my in-game screenshot photography. The basics are in place but there's a little bit more to do before launching the initial site. The code is on github anyway, but don't expect much support on it yet ;) Thinking about it, I'd like to adapt it to a second site for my other photography when it's ready.

To continue that thread, I've been trying to nudge myself more into a 'foraging' mindset. Or call it exploration, or synchronicity, or what-have-you. I realised I'm still fairly tied into quite a 'rapid consumption of novelty' way of life, in that I keep an eye on new things coming out (however indie), pick up some of them (however cheaply) and then just ignore at least half of it. That goes for books, games, zines, and music to a lesser extent.

Yet I now have enough 'content' (matter/culture) to last me a Very Long Time. And there is plenty of free stuff out there as well. So I really don't need anyone informing me about new releases. Foraging for plants involves wandering, discovering, and appreciating, and I think the same can be applied to the rest of life too - libraries of games, of books, of videos and music. I can relax into the abundance of content without that nagging doubt of FOMO that pervades much of life now.

This month, my wife and I have done a thoroughly good job (if I say so myself) of playing through the original Overcooked on the Switch. It's been a bit of a surprise - I picked it up randomly on sale, after a couple of others mentioned it, and thought it would be fun as a family thing. But it morphed into just the two of us playing it in the evening, and getting hilariously far-too-serious about it - in that way that some people just love organising things for the sake of it. The game is like a frantic form of kanban, and its level design is pretty clever; once you 'crack' the 'rhythm' of a level, it becomes much more possible, and almost a zen-like experience in some places as you settle into a chain of actions and communication that flows freely.

I'm also sure it's made the two of us much more efficient when navigating our real-world kitchen together.

Other than that, things are fairly low-key and I'm trying to just relax where I can. Playing Thalamus on the Switch as well. I'm reading through A Phoenix First Must Burn on the Kindle alongside various magazines. We're replacing a shed. Figuring out Space Hulk: Death Angel from a German edition. Sometimes I even get out for a walk. Been looking into how NFTs work. Published a new Beamspun. That sort of stuff.

I'm still getting my head round the idea that I could potentially meet up with a few people and family now. I've been in 'hibernation'/survival mode for so long now that I've sort of forgotten how to do social planning - or don't trust it yet. Being so close to covid cases makes it trickier too - you know, the risk becomes more real. But once my brain decides to accept it's a Possible Thing, I know I'm looking forward to actually grown up chatting for a change.

Maybe things are changing after all.